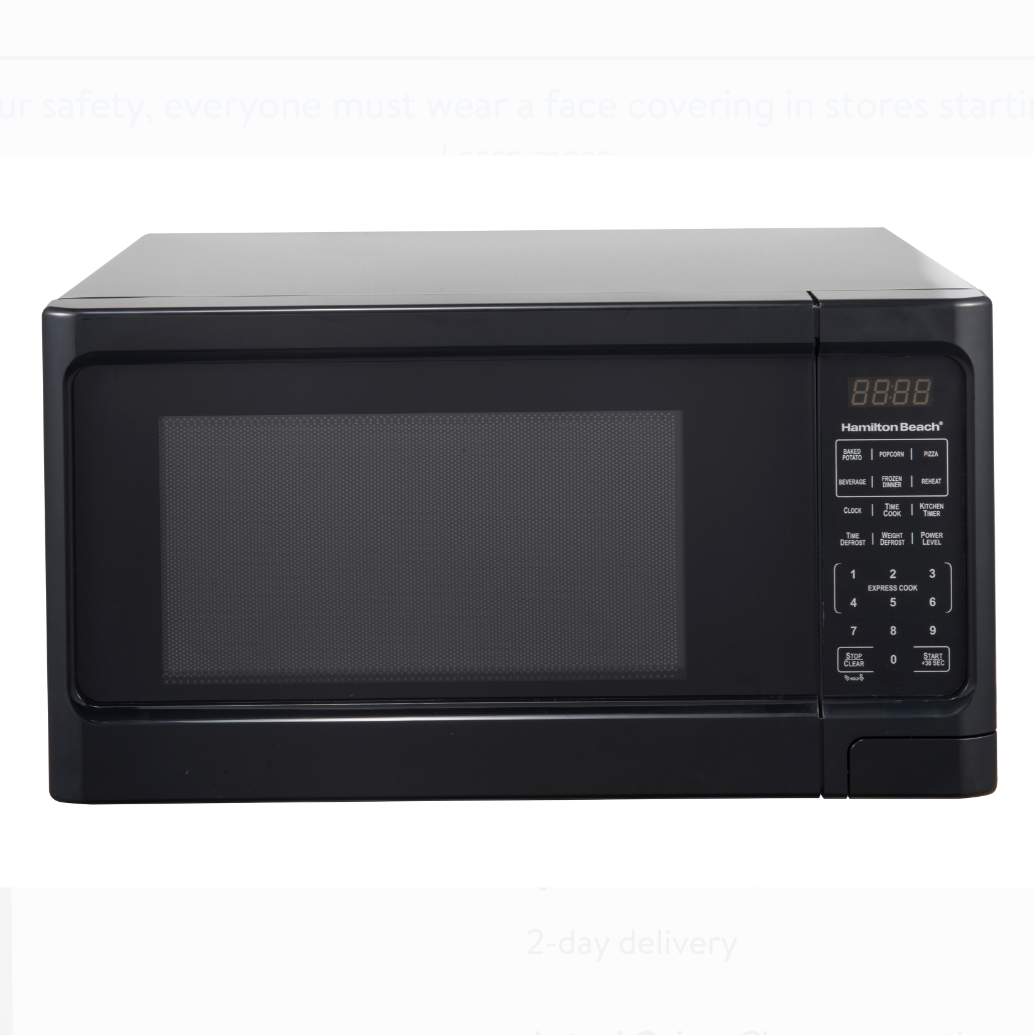 This Hamilton Beach microwave may be inexpensive, but that doesn’t equate to poor performance. It has a power of 1,000 watts, which is usually found on models in a higher price range. It has all the important features: a 30-second extra button, a child lock, six cooking presets for potatoes, popcorn, pizza, beverages (one press for every four ounces – very handy for reheating coffee!), frozen foods, and reheat, and one-touch express buttons for one to six minutes. We love the kitchen timer, which can work simultaneously with the cooking cycle. It can also be wall mounted, although it doesn’t have a ventilation system like most overhead microwaves. Some reviewers have reported that it makes a loud, hissing noise, but that doesn’t affect how well the food is heated.